Massa Marittima, perched on a high and isolated hill, is a beautiful medieval town on the western side of the Colline Metallifere (Metal-bearing Hills) at an average altitude of 400 metres above sea level, 18 km from the coast.

The historic centre, rich in ancient artistic remains dating back to Etruscan times, stands enclosed within well-preserved city walls. The charm that pervades Massa Marittima is truly unique and materialises in the splendid Piazza Garibaldi, overlooked by the Palace of the Podestà and of Priori, and the imposing Romanesque-Gothic construction of the Cathedral, begun in the first half of the 13th century.

It is defined as the “Gem of Medieval Tuscany” precisely because of its past, which is closely linked to the silver, copper and pyrite mines of the Colline Metallifere (Metal-bearing Hills), exploited since the first age of metals and then above all in Etruscan and medieval times.

An evocative and historical event that takes place in Piazza Garibaldi is the Balestro del Girifalco, a medieval crossbow competition between marksmen from every “zone” of the town who, twice a year, challenge each other following the rules of the ancient war games. 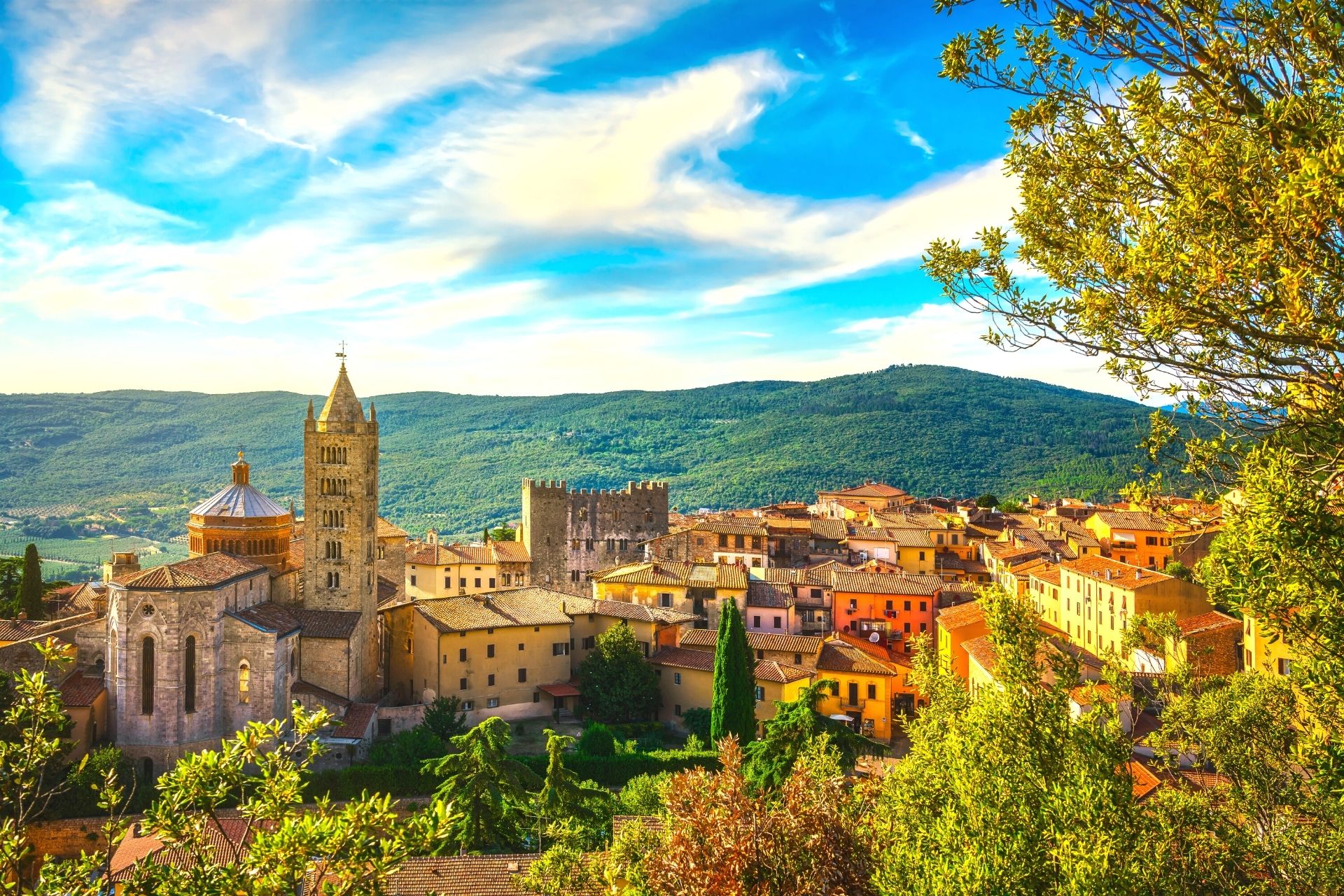