Known to history as “Little Jerusalem”, Pitigliano is a characteristic village in the heart of the lower Maremma, carved out of and perched on a tufa cliff, which rises imposingly in a fairytale setting on a ridge of a promontory of wild and evocative beauty, bordered by green valleys furrowed by the Lente, Meleta and Prochio rivers. At night the view is even more spectacular, illuminated from above by the natural light of the moon, the village seems to be suspended in the void.

The high walls of tufa, opened by a thousand caves and tower-houses, underline the pictorial nature of a typically medieval town plan. Pitigliano’s history began in ancient times, first Etruscan, then Roman, and later passed under several powerful families such as the Aldobrabdeschi, the Orsini and the Medici. Legend has it that the town was founded by two young Romans, Petilio and Celiano, who, fleeing from Rome after stealing Jupiter’s golden crown, took refuge in the countryside of this area, founding a first community, which then gave rise to the town, which originally took the name Pitigliano, from the fusion of the two Romans’ names, becoming Pitigliano in the following centuries.

Today Pitigliano is a real jewel of art, history and culture, every corner of its historic centre tells of a past rich in history, the narrow alleys, the small squares, the panoramic views, in Pitigliano everything is magical and gives a unique emotion. As you leave the town, you can admire the fascinating vie cave, corridors carved into the tuffaceous rock by the ancient Etruscan civilisation (some are over a kilometre long, with walls up to 20 meters high). 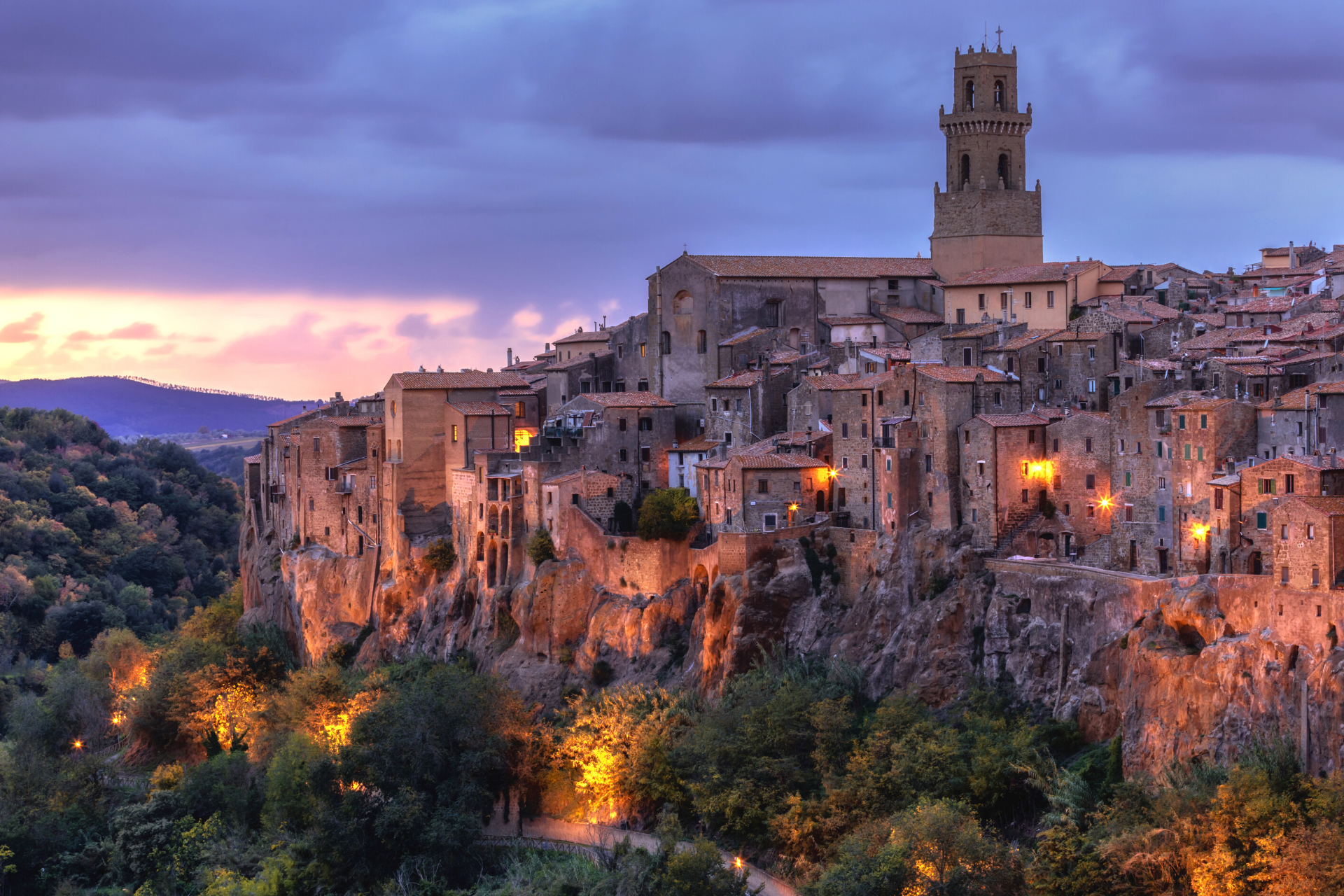