In the stretch of Tuscany between Siena and Massa Marittima, more precisely in the municipality of Chiusdino, there are the spectacular remains of the Abbey of San Galgano, built between 1218 and 1288, seat of the most important religious-monumental complex of the entire Sienese territory and one of the most important examples of Romanesque and Gothic-Cistercian architecture in Italy.

We know of San Galgano that he died in 1181 and that, converted after a disordered youth, he retired to hermit life to give himself to penance, with the same intensity with which he had previously given himself to debauchery. The culminating moment of the conversion occurred on Christmas Day 1180, when Galgano, having reached the hill of Montesiepi, put his sword into the ground, in order to transform the weapon into a cross; In fact, in the Rotunda there is a boulder from whose cracks sprout a hilt and a segment of a sword corroded by years and rust, now protected by a plexiglas case.

The evident echo of the Arthurian myth did not fail to raise curiosity and, of course, some bold hypotheses about possible relations between the mythology of the Round Table and the history of Saint Galgano.

The Abbey of San Galgano flourished particularly in the 16th century, after which it fell into neglect until the roof collapsed in 1768. Today, this very collapse makes it an almost magical place: the large structure with its perfectly preserved walls, which stand out imposingly against the sky, is full of mystical suggestions. 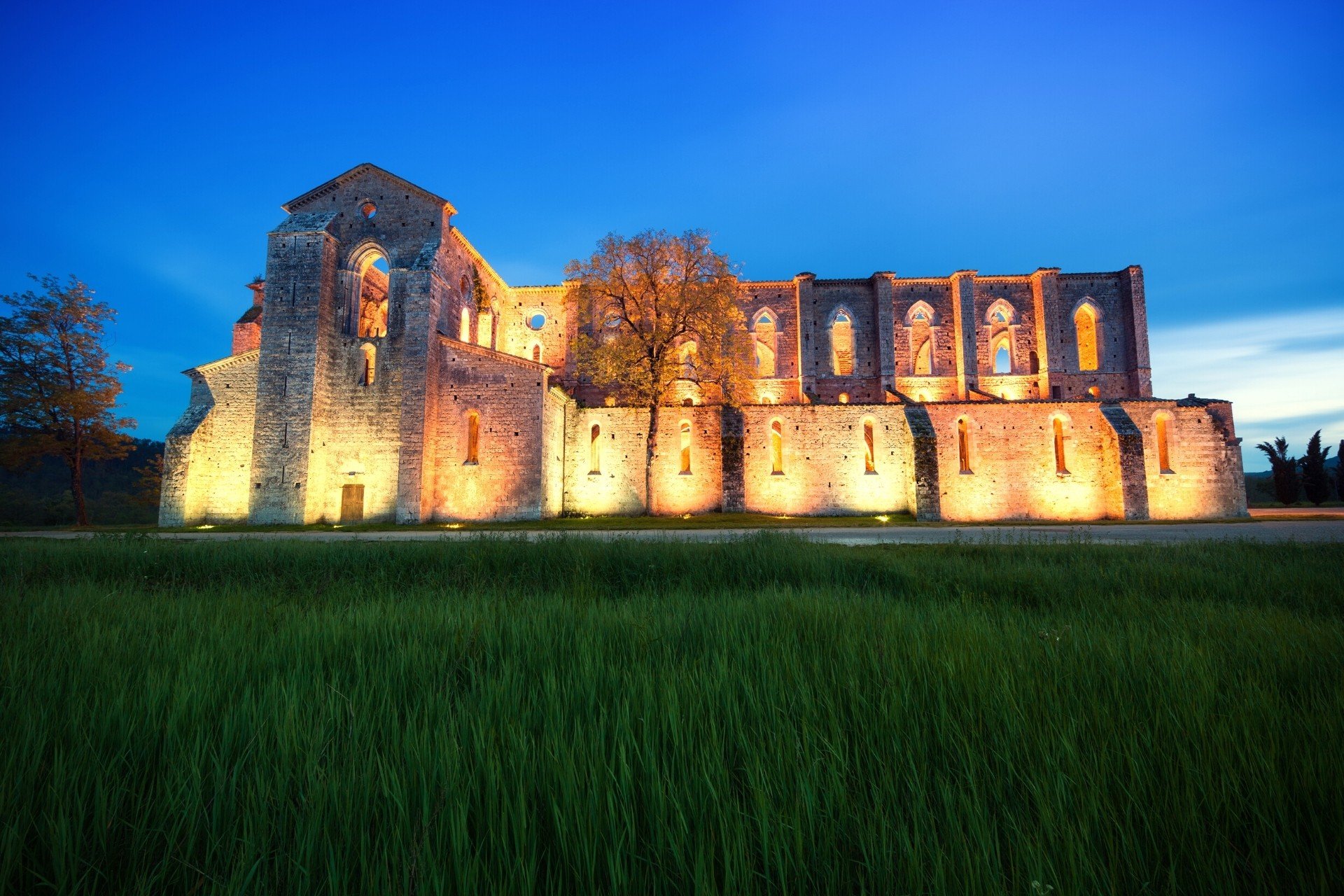