San Gimignano, declared a UNESCO World Heritage Site in 1990, is a small but enchanting fortified town in the province of Siena, characteristic and famous for its architecture and its beautiful medieval towers that make the town’s profile truly unique.

In the most prosperous period, the rich families of San Gimignano built 72 towers as a symbol of their wealth and power, of which only 14 remain today, adding to the charm of the town’s atmosphere.

The oldest tower is the Rognosa Tower, while the tallest is the Tower of the Podestà, also known as Big Tower, which is 54 meters high. 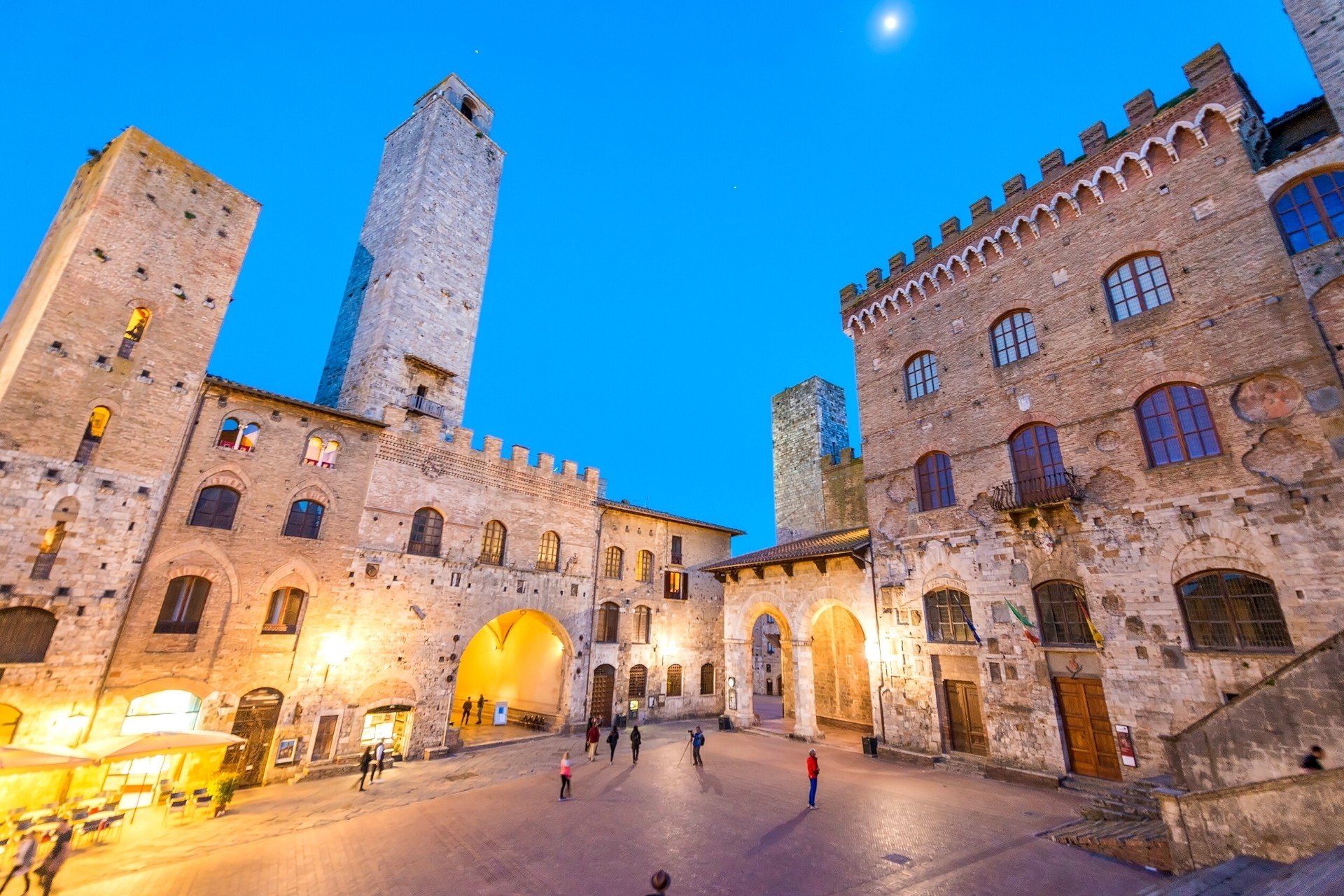