An ancient and fascinating village in the southern part of the Maremma, which flourished during the period of maximum splendour of the Etruscan era. Due to its peculiar conformation, perched on a cliff and carved into the tuff, it is also known as the “Matera of Tuscany”, a title it has earned thanks to its rocky villages and the evocative “Vie delle Cave” frequented since the Etruscan period.

It is assumed that Sorano was initially inhabited by the Villanovan people, the first known civilisation of the Iron Age, followed by the Etruscans. We have lost track of the populations that inhabited it later, until we find traces of the Aldobrandeschi family in the mid-1800s, when they imposed themselves as one of the most powerful feudal lords of southern Tuscany for more than four centuries. It is known, however, that Sorano changed hands quite frequently, largely because of its strategic location: in 1417 it became part of the Republic of Siena; in 1556 it became completely independent, before being annexed to the Duchy of Tuscany and finally becoming part of the Kingdom of Italy in 1860.

Sorano’s position, overlooking the valley of the Lente torrent, gives us sudden and suggestive views of the wooded gorges below. Visiting it is like taking a trip back in time: a typical ancient Etruscan town hall with small houses all leaning against each other and picturesque alleyways where you can breathe in a truly unique atmosphere. 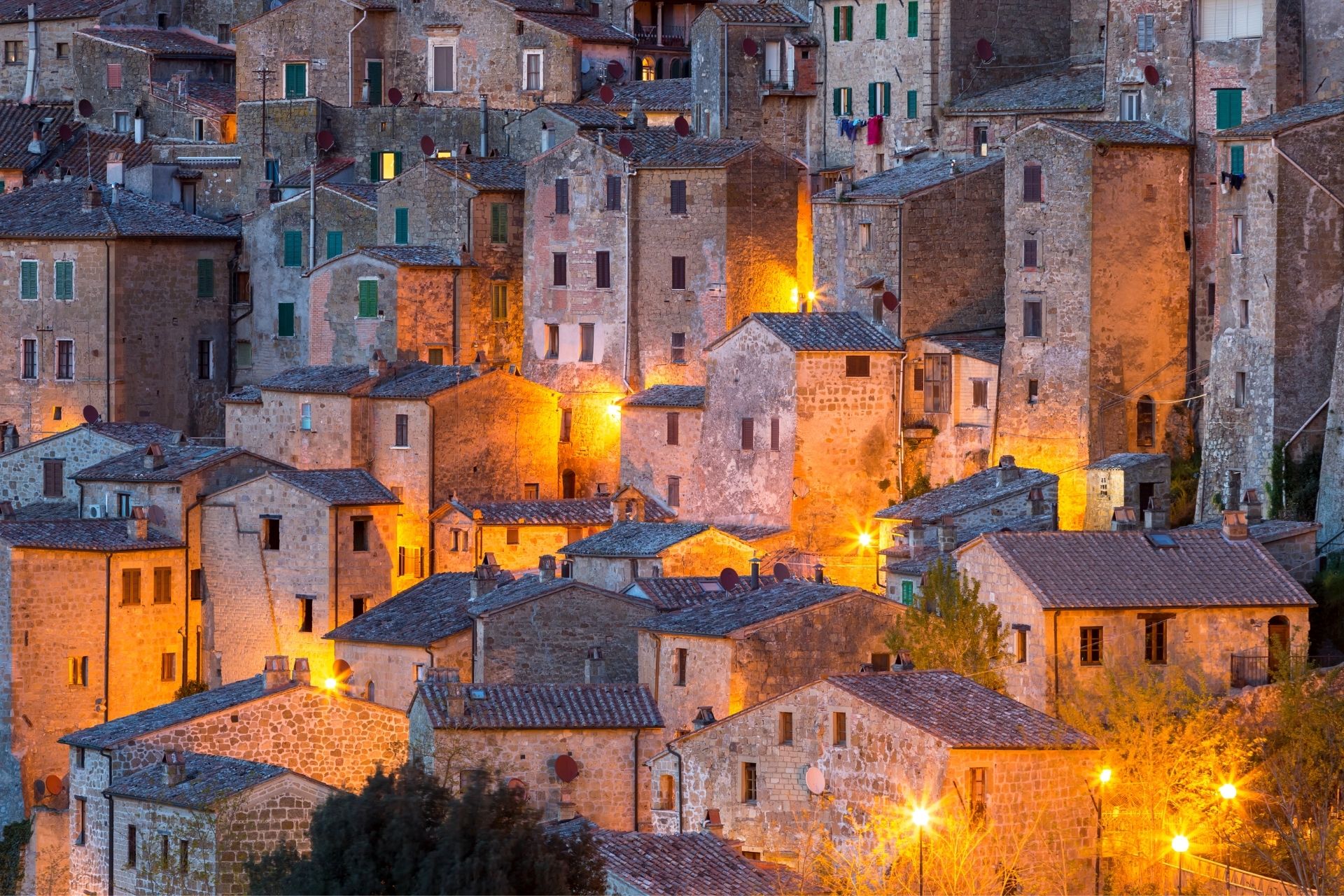